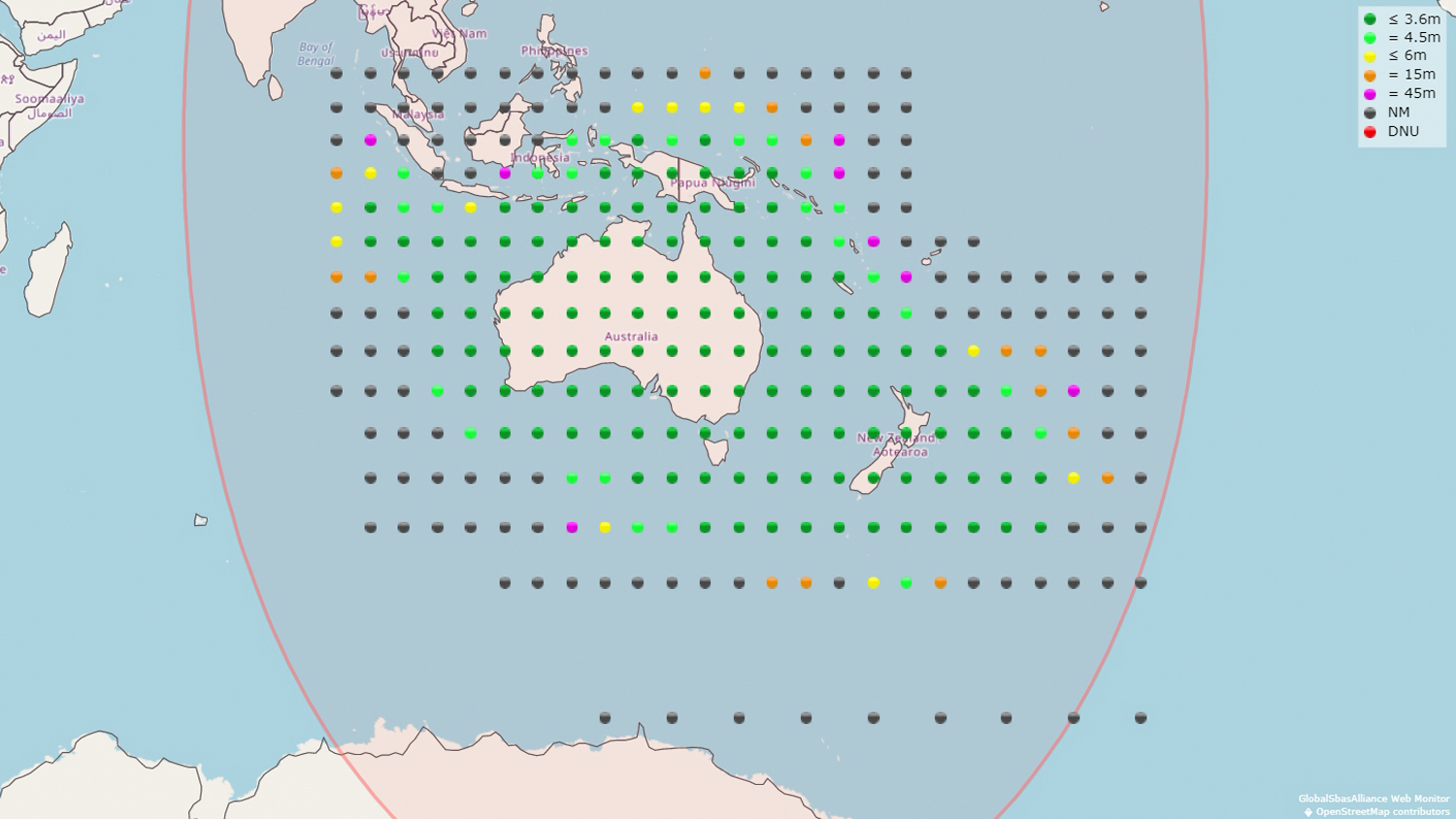 Excitingly, Australia and New Zealand can now count themselves as the newest members of a growing list of nations investing in —and gaining from – Satellite Based Augmentation Systems (SBAS) services. This is thanks to the authorization of a fully operational Australia-New Zealand SBAS after the successful testing of an SBAS testbed.

In Australia and New Zealand, in particular, between 2017 and 2019, officials have been conducting a two-year Australia-New Zealand SBAS testbed.

An SBAS provides a free source of corrections to augment GNSS (positioning) signals. SBAS are usually developed with the investment of a government, a government department, or groups of governments, such as the USA and the European Union.

Using SBAS for positioning corrections results in improved accuracy, reliability and availability, though this requires the use of a compatible GNSS receiver. Some professional-grade GNSS receivers are even capable of utilizing these corrections to provide users with instantaneous sub-meter positioning accuracy, which makes SBAS suitable for a wide variety of different applications. Today, many professional field crews are able to take advantage of submeter accuracy from their local SBAS’s directly on their smartphones or tablets, for streamlined mobile infrastructure workflows.

For instance, SBAS was originally developed as an aviation (safety-of-life, SoL) technology; it was designed to improve the vertical guidance during aerodrome approaches and landing. However, its use has quickly spread into many areas such as forestry, mapping, utilities and more.

SBAS around the world

Currently four regions in the world have operational SBAS services, including North America (WAAS), Europe (EGNOS), India (GAGAN) and Japan (MSAS). A number of other countries are also in various stages of development for their own systems.

In Australia and New Zealand, in particular, between 2017 and 2019, officials have been conducting a two-year Australia-New Zealand SBAS testbed.

FrontierSI, where I serve as a Technical Manager, was tasked with engaging with the industry to run various demonstrator projects to assess the economic benefits of SBAS to the economies of both countries.

As mentioned, the world’s other four operational SBAS’s deliver only the single-frequency service, which means they augment only the GPS-constellation satellites.

The second service listed, DFMC, was a brand-new signal that had not yet been tested anywhere in the world. (This actually made testing the Australia-New Zealand SBAS testbed particularly interesting and challenging.) Unlike the single-frequency SBAS service, DFMC uses both L1/E1 and L5/E5a frequencies to augment both the GPS and Galileo constellations. This provides a number of advantages over the single frequency service. Some of the advantages include

Finally, PPP was the last of the three services, providing decimeter-level accuracy for high-precision applications.

“The Arrow Series GNSS receivers from Eos Positioning Systems was one of the first receivers that we tested, and its position accuracy was typically better than 0.5m horizontally. We were very impressed with the ease of use and the accuracy of positioning that it provided.”

Over the course of two years, FrontierSI oversaw 27 projects, which tested all three services across ten different industry sectors. The culmination of that collaborative effort was an economic benefits report, which was produced by Ernst & Young. The report, which is in the public domain and can be downloaded from the FrontierSI website here, attributes 7.6B dollars (AUD) (or about $5.1B USD) in benefits to Australia and New Zealand combined over the course of a 30-year period, thanks to the new SBAS technology.

As part of the testbed, FrontierSI also carried out its own extensive testing campaign by evaluating a variety of commercial and prototype receivers. This included everything from consumer-grade devices to fully geodetic multi-frequency receivers.

The Arrow Series GNSS receivers from Eos Positioning Systems was one of the first receivers that we tested, and its position accuracy was typically better than 0.5m horizontally. We were very impressed with the ease of use and the accuracy of positioning that it provided.

FrontierSI has invested in a pair Arrow Gold GNSS receivers due to the fact that the Arrow Gold is a multi-frequency and multi-GNSS model, and hence it would be compatible with the DFMC service in the future.

It’s important to note that, during the testbed, the interface control document (ICD) for DFMC had not yet been released. The ICD is required for off-the-shelf receivers to be able to decode these DFMC signals. This meant we could use only prototype receivers to test the DFMC signals during the testbed. However, the ICD was finally released in February 2019, and we are working closely with all major manufacturers in order to make their receivers compatible with this service.

Following on the success of the testbed, the Australian government has decided to invest in a fully operational SBAS system. New Zealand has also agreed to be part of the system.

To stay updated with the latest information about the Australia-New Zealand SBAS – including outages — we recommend subscribing to the FrontierSI newsletter.

Eldar Rubinov is a self-proclaimed GPS geek who much prefers being outside with a GPS receiver than sitting behind a desk in the office. After graduating, Eldar worked as a hydrographic surveyor for a number of years before returning to academia and completing a PhD in high-precision GNSS at FrontierSI’s precursor, CRCSI. After another stint in the industry Eldar has returned to FrontierSI and is currently managing the technical side of the SBAS. Outside of work Eldar loves traveling and exploring different places the world has to offer, always with a GPS in hand. 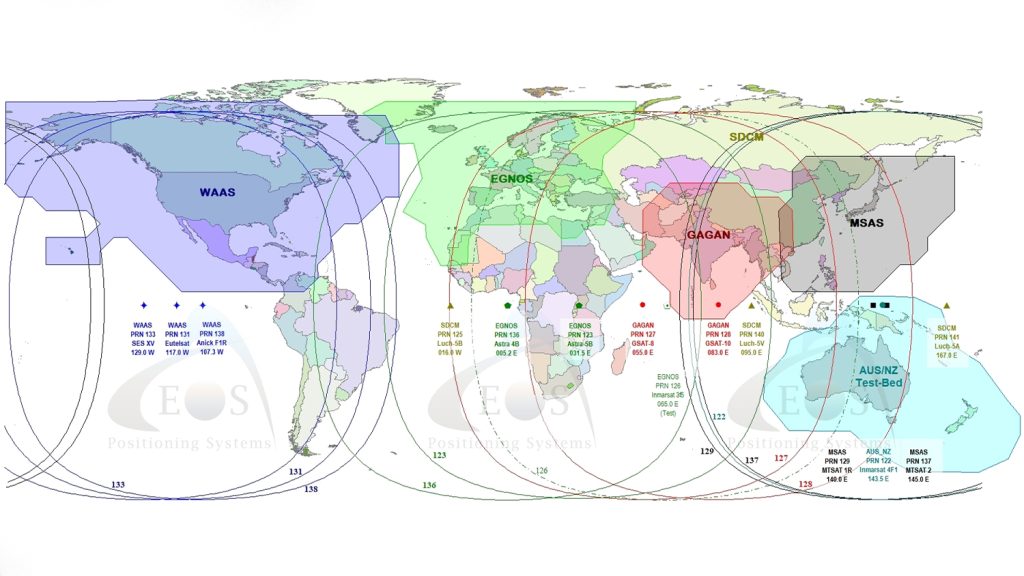 This article gives you an overview of the available global SBAS systems, as well as their coverage areas and what accuracy to expect. 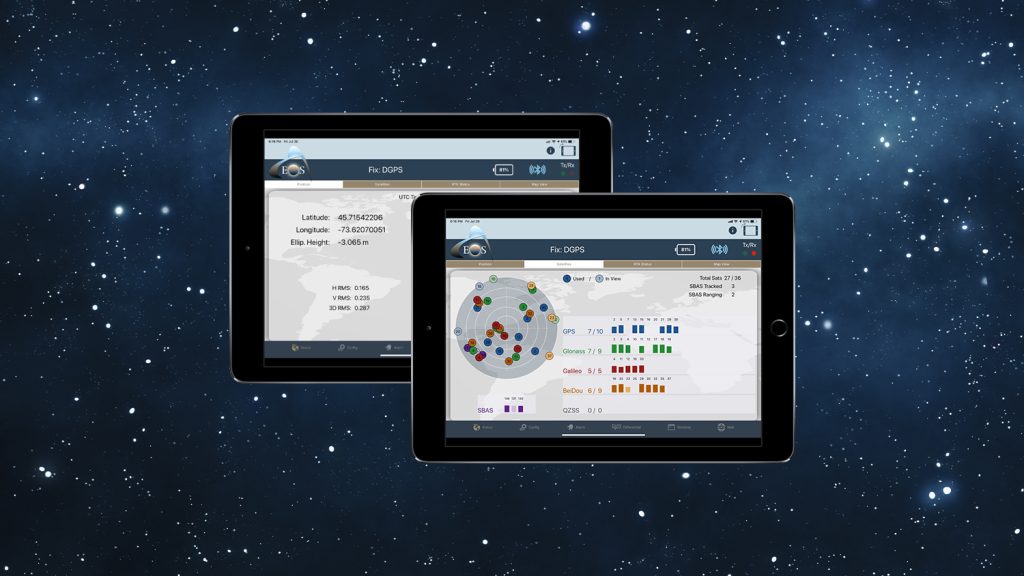 SBAS: How to Use GNSS Receivers for Submeter GNSS Mapping

This article shows you how to use the four constellations for sub-meter GNSS mapping with Arrow. Using GPS, Glonass, Galileo, and BeiDou increases accuracy.