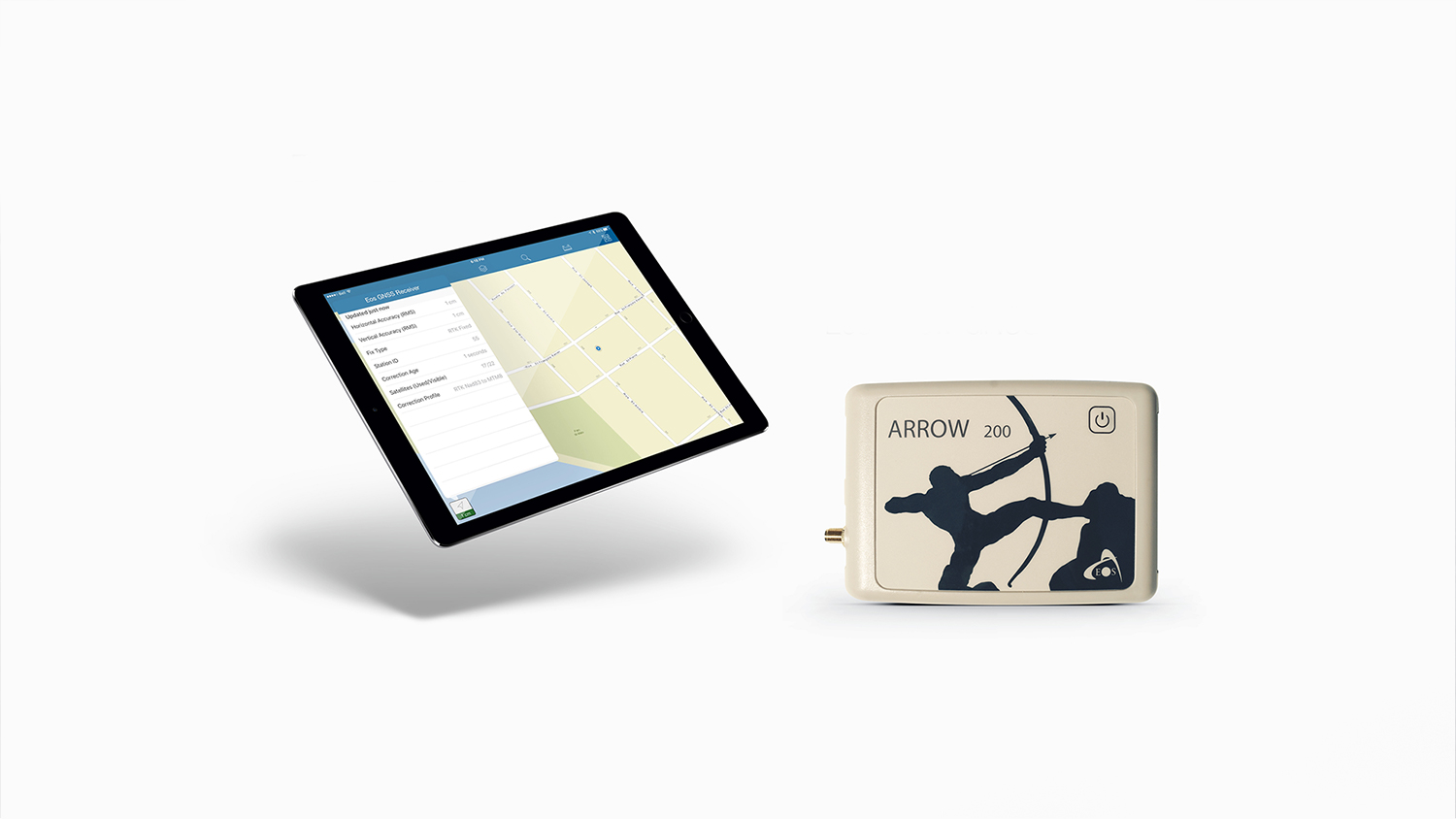 The latest 10.4 release supports Submeter and RTK for ArcGIS Collector thanks to support for the Eos Arrow Series®

“We have tested the Arrow receivers and confirmed that Collector [10.4 for iOS®] is completely compatible with the Arrow Series®.”

The full range of Arrow Series® receivers — from sub-meter to centimeter, with RTK accuracy — all work flawlessly with Collector 10.4.0 for iOS (must have iOS 8.x or later). The Collector app displays GNSS metadata (e.g., estimated accuracy, correction status, correction age, number of satellites used) in real-time, so the user can monitor data quality in the field. This eliminates the need to check data quality once back in the office and, in effect, return to the field to re-collect low-quality data.

“We worked closely with Esri during their development of Collector to ensure the best user experience with the Arrow Series® receivers. And I think we’ve achieved that.”

“Whether it’s our Arrow Lite, Arrow 100® or Arrow 200 receiver, they all work smoothly with Collector for submeter, subfoot, decimeter, and centimeter accuracy on iPhone and iPad,” Eos CTO Jean-Yves Lauture said.

Working with the Arrow Series®, Collector, and Eos Tools Pro

As a companion software to Collector, Eos offers a free iOS app called Eos Tools Pro. Eos Tools Pro allows users to connect to an RTK network and then set alarms for baseline requirements in GNSS metadata, such as estimated accuracy, HDOP, correction age, and others. If the user’s threshold is exceeded (for instance, the estimated accuracy exceeds 10 cm), Eos Tools Pro will sound an alarm to the user through the iOS device.

Download a PDF of an article about Collector 10.4 in ENGLISH.

About ArcGIS Collector 10.4 for iOS

ArcGIS Collector 10.4 is the newest release of Esri’s popular GIS data collection app. Collector runs on iOS and Android, and is most popular on iPhone and iPads. The app records data directly, in real-time, via Esri’s server-based GIS software, including ArcGIS Online, Portal for ArcGIS and ArcGIS Server. Thanks to its support of the Arrow Series® receivers, Collector can collect accuracy down to the submeter, decimeter, and centimeter. No post-processing or other specialty software is required. Collector 10.4 can be configured to transform between horizontal datums on-the-fly, so a user can use use the app to collect location no matter which data his or her geodatabase is in. Esri provides scripts for transforming between vertical datums when back in the office.