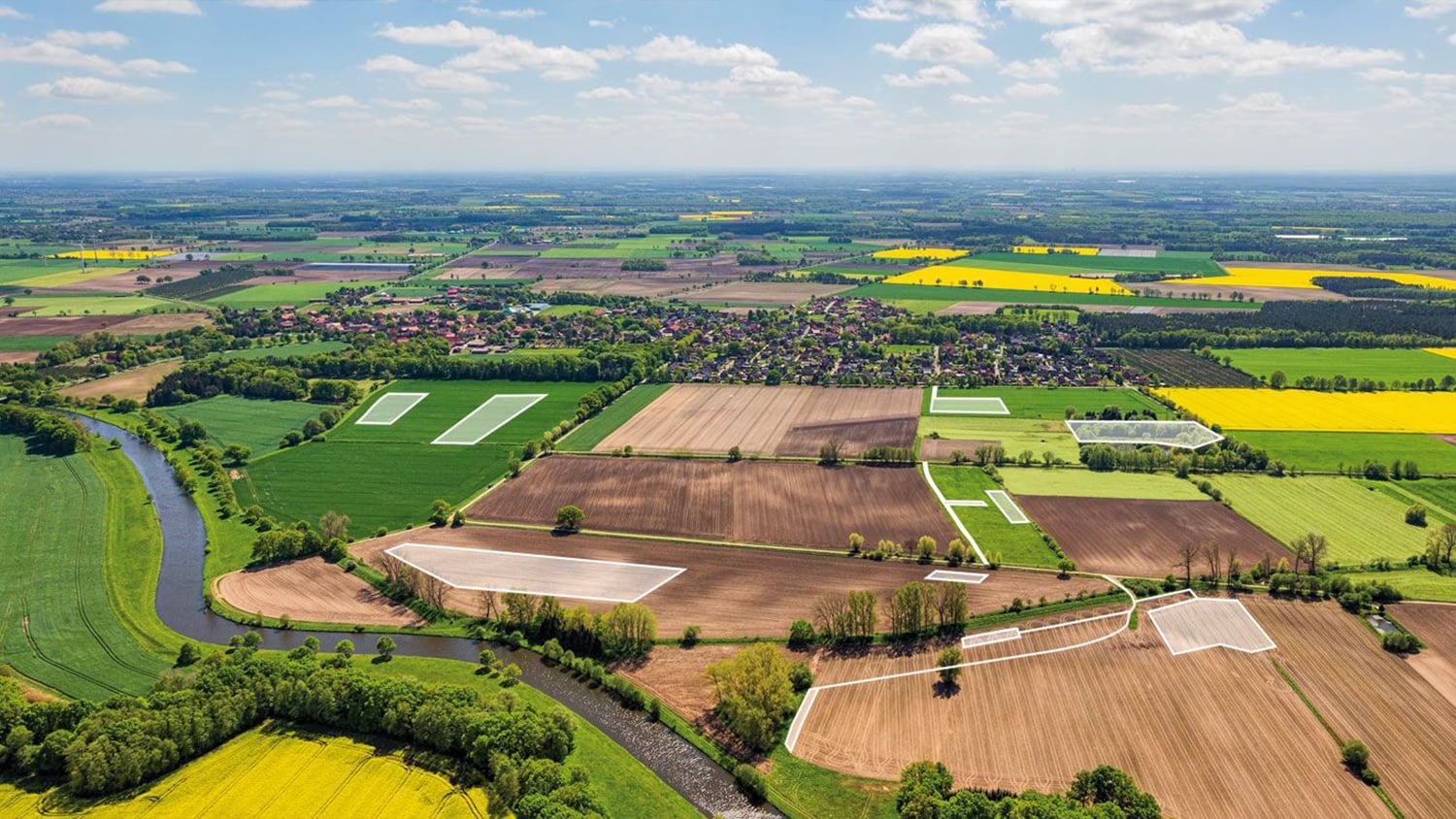 When Germany reunited in 1990 after the Cold War, the country established a Trustee Agency dedicated to privatizing nationally owned lands in the German Democratic Republic (East Germany).

“Some people believed the privatization could be completed by the late 1990s,” said Michael Gabel, GIS Applications Manager at Bodenverwertungs-und-verwaltungs GmbH (BVVG).

Gabel oversees GIS applications at BVVG, an organization founded in 1992 to manage the privatization of approximately 1.8 million land parcels consisting of 3.2 million hectacres.

“But it is actually quite complicated,” Gabel says. “It is a huge task.”

In English, “Bodenverwertungs-und-verwaltungs” literally means “Land Use and Management.”

Evolution of the BVVG’s GIS

The BVVG implemented its first desktop GIS in 1992, which over time has evolved as the ArcGIS technology has. After moving from ArcView to ArcMap (ArcGIS Desktop), today the BVVG has also added ArcGIS Enterprise to enable remote data access and editing while monitoring lands in the field.

The BVVG geodatabase contains a basemap (made up of topographic maps and aerial imagery) as well as three categories of additional layers, sourced largely from local authorities.

One important specific data layer (the third type) contains parcels that the BVVG is considered to currently own. The BVVG is responsible for liabilities on these lands, and they must survey these lands once a year to mitigate liability. This process requires a mobile worker physically walking the parcel and documenting liabilities (such as a tree that has fallen and blocks a road).

“Part of our responsibilities includes mitigating any potential problem, or liability, associated with the parcels under our management,” Gabel said.

In 2019, the BVVG looked to update its mobile GIS setup so that it became as modern as its desktop GIS. A legacy field solution of military-grade notebooks based on the Windows 7 operating system no longer supported an offline ArcMap download. In addition to weighing 4 kilograms (8.8 lbs) each and requiring more frequent repairs, their military-grade notebooks required frequent manual transfers of the latest cadastral data onto an offline ArcMap client. The notebooks had also stopped supporting the BVVG’s legacy GNSS receivers, which meant accurate positioning had to be handwritten and manually documented in the GIS back in the office.

Not only that, but the legacy GNSS receivers themselves sometimes proved unreliable in areas without cellular coverage. For the BVVG’s mobile workers, this meant a lot of their rural and wooded territory as well as parcels near the Czech Republic and Polish borders would have suffered location accuracy as poor as 15 meters.

Gabel and his team decided to look for a mobile GIS solution that was more closely aligned with the real-time data-sharing capabilities of their ArcGIS Enterprise software, as well as less clunky and more accurate.

The BVVG GIS team was determined to deploy ArcGIS Enterprise and ArcGIS Pro securely to even the most challenging areas of their territories. Their goal was to share georeferenced data easily and accurately from office to field and back. This led them to select ArcGIS Collector (now ArcGIS Field Maps) for their mobile GIS software.

Not only could Collector work in offline areas, but it also supported GNSS metadata from external receivers.

“Since we use Esri GIS technology, having access to a mobile app that met our needs within the Esri suite of software was critical,” Gabel said. “It was a must for all the components of this new technology to integrate seamlessly with each other.”

The BVVG team also liked that Collector allowed the easy capture of detailed attributes and photos, which would eliminate a significant portion of their manual data capture.

With Collector chosen, they wanted modern and rugged hardware to match.

“Our legacy notebooks were good for locating where you were in the field, but with Collector, we were suddenly in a different world of technology,” Gabel said.

So to replace their aging and heavy notebooks, the team deployed iPads and iPhones.

“The iOS devices can take a picture, and then Collector collects the data, and we can transmit all this into the office GIS instantly to share with colleagues,” Gabel said.

“
After the tests, we decided that the Arrow 100® was the right receiver for us. It provides a very precise, stable position even in poor conditions, and with satellite based correction data (like EGNOS), we do not have to worry about having cell reception anymore to receive our differential corrections.
Michael Gabel, GIS Applications Manager, Bodenverwertungs-und-verwaltungs GmbH (BVVG)

The last missing component was accuracy. Since the iOS device accuracy was poor at up to 15 meters off, the BVVG looked for a Collector-compatible GNSS receiver.

“There are a lot of receivers on the market, but the field gets a lot smaller when you start looking for something that is both iOS compatible and fits seamlessly with ArcGIS apps,” Gabel said.

“The first receiver we tested didn’t fit our expectations,” Gabel said. “The connection was not stable, and the accuracy was not always one meter in the field.”

Because the Arrow 100® supports all four global GNSS constellations (including GPS, GLONASS, Galileo, and BeiDou) and also utilized real-time differential corrections from a commercial RTK service, it provided steady and reliable 30-50 centimeter accuracy in the field tests.

“After the tests, we decided that the Arrow 100 was the right receiver for us,” Gabel said. “It provides a very precise, stable position even in poor conditions, and with satellite based correction data (like EGNOS), we do not have to worry about having cell reception anymore to receive our differential corrections.”

In April 2020, the BVVG went live with its new field-to-data solution. After just about a half day training 15 mobile workers across four locations, they were able to ensure tasks were properly completed in the field. This is now the team’s go-to solution when it must conduct risk assessments on land has yet to be privatized.

Currently, the BVVG is mandated to continue their work through 2030, at which point all formerly East Germany lands are expected to be privatized.

For Gabel and his team, the progress is bittersweet. As the BVVG achieves its mission, the need for its services dwindles. In the 1990s, the team used to consist of 1,200 employees; today that number is closer to 300. But despite this progress, the BVVG has committed itself to constantly innovating with its GIS. They are actively working with Esri Deutschland in order to jointly develop the implementation of further use cases.

In the future, the BVVG plans to improve its web maps with an address-search feature so that mobile workers can easily find a parcel by its cadastral information and save time in the field. They are also considering deploying the new ArcGIS Field Maps app and using it for read-only maps and GPS tracking.

“Compared to the previously used and now outdated field data collection system, the new mobile GIS technology has been a big step forward,” Gabel said. “It is becoming clear that this new technology does not just replace our old notebooks, but also improves our support for parcel management on all aspects.” 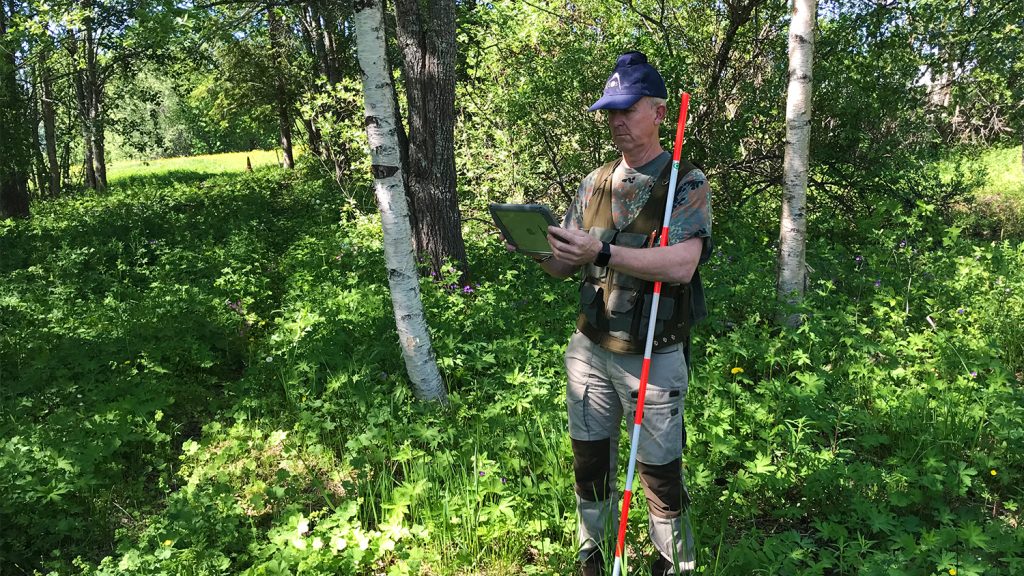 Forestry is a major component of the Swedish economy. Landowners must agree on boundaries. See how Arrow 100 GNSS helps, even under dense canopy. 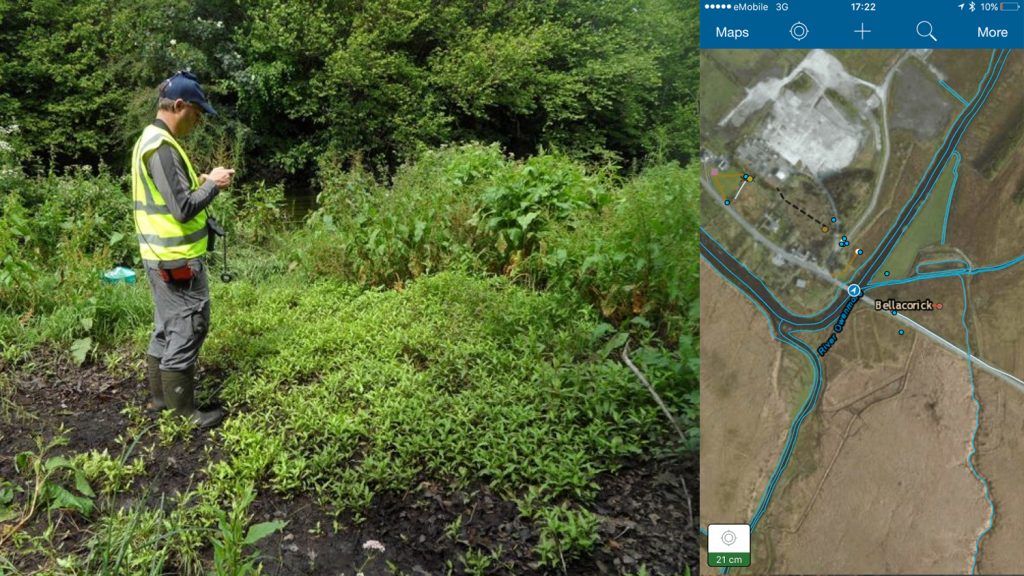 Wetland Surveys Ireland tracks the health or sickness of Sphagnnum mosses to influence policy, by using Arrow 100 for vegetation management with Collector.