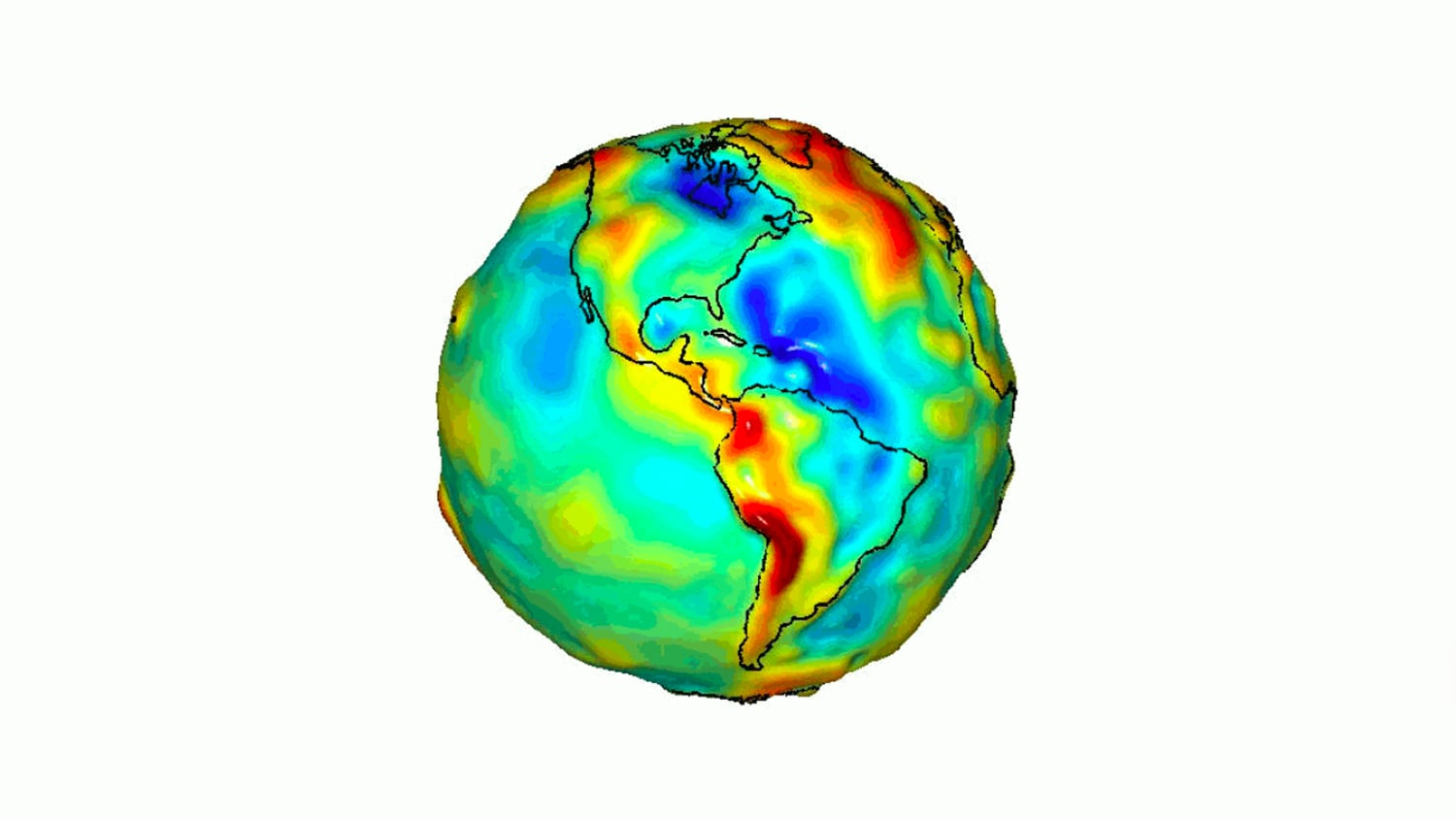 What is the difference between the ellipsoid, mean sea level, geoid, geoid height, and orthometric height — and which one is right?

But before sending his field crew out with the technology, Michael wanted to make sure the solution worked.

So, Michael took his iPad and Arrow Gold into the field and tested them by recording the elevation of a survey monument. A survey monument is a point with published high accuracy horizontal and vertical coordinates. In the United States, you can find information on such monuments in your area via the National Geodetic Survey (NGS) website.

Michael recorded his elevation measurement from his devices, compared it with the published coordinates, and was surprised. His GPS receiver elevation data was off by tens of meters.

Is the GPS receiver wrong?

Part 1: The “Ellipsoidal Model” — Your GPS receiver measures elevation with respect to “the ellipsoid”

Michael’s GPS receiver is referencing a theoretical representation of the earth’s surface called the “ellipsoid.”

Recall that an “ellipsoid” is a 3D shape like a sphere, but more like an oval. The earth is shaped like this, with the north and south poles acting as the top and bottom points of an approximate egg. The ellipsoid is a mathematical conception of the earth’s surface, which is referenced by GPS / GNSS receivers like the Arrow Gold because it is extremely accurate. So, when a receiver collects elevation data, it is referenced to the ellipsoid.

However, there is a problem with ellipsoidal elevations. Although they are very accurate, they are not practical for every day operations, such as field work.

Let’s take a look at why.

Therefore, GIS users must transform their ellipsoidal data into a practical elevation reference.

What should I remember about ellipsoidal data?

Part 2: Mean Sea Level — What is the MSL my GPS receiver outputs? (And could I use that?)

The vertical reference often used to represent the earth’s surface called the “mean sea level,” or MSL. MSL is a local tidal datum that can be used as a reference for elevation when close to the shoreline. However, once you get more than a few kilometers inland, MSL becomes impractical.  Your GPS / GNSS receiver already outputs global MSL, because MSL is a standard for position output.

MSL can be calculated two ways. First, it can be measured locally, by taking data over time about the highs and lows of ocean tides (based on the gravity of the moon, sun, earth, and other variables). And by averaging the past 19 years of these global sea highs and lows, scientists have also been able to create a global MSL, which GPS receivers sometimes used as a reference for measuring elevation.

So how can you use your GPS receiver elevations for practical applications?

What should I remember about MSL?

Part 3: The Geoid — A model of the Earth’s gravity field which best fits a global MSL

What is the geoid?

The geoid is similar to, and sometimes confused with the MSL because both are based on similar factors (such as gravitational forces). However, the geoid is far more accurate because it is a locally calculated geometric representation of the actual physical shape of the earth. For example, in the United States, the current vertical datum is called NAVD88 (North American Vertical Datum of 1988) and incorporates the latest geoid model (see below; GEOID12B).

To compute NAVD88 elevations, you’ll need the ellipsoid height well as a geoid model for the local area.

What is a geoid model?

A geoid model is a location-based grid that allows you to convert between ellipsoid and  a national vertical datum such as NAVD88. Geoid models are country-specific. For instance, in the United States, the current geoid model is GEOID12B.

The geoid model contains an offset value called the “geoid height” or “geoid undulation.” The geoid height is a locally specific, constant number that represents the vertical difference between the reference ellipsoid and the geoid in that area. The geoid height can be positive or negative. This is the number we must use to convert between ellipsoidal and local vertical datum heights. These elevations are called the orthometric heights.

Orthometric height is the type of elevation data your surveyors, engineers, and other field workers need to work practically and accurately.

How do I convert to geoid data using the geoid model?

For most surveyors, GIS users, and others, they will want to convert the ellipsoidal data into an elevation measurement called the “orthometric height.”

What should I remember about the geoid datum?

How do we use geoid height to calculate orthometric elevation? We’ll use this formula:

The three variables represent terms we’ve already defined. Here is what they stand for and where they come from:

Let’s go back to Michael Smith. Imagine Michael is validating his Arrow Gold by occupying this survey monument in Lake Oswego, Oregon. The geoid height for his location is -22.835 meters. The ellipsoidal height from his receiver is 102.451 meters. With these two figures, we can calculate the orthometric height for this survey monument. Recall our formula:

Therefore, our calculation is this:

Because two negatives create a positive, we will rewrite our equation like this:

Now we see the orthometric height for Michael’s receiver is 125.286 meters. This is very close to the 125.2-meter value from the survey monument datasheet. (Note that the vertical confidence level of the datasheet is 95 percent, or within 2.78 cm.) Therefore, we have validated Michael’s GNSS receiver elevation data!

Michael can breathe easy and send his field crews to survey his utility assets.

What should I remember about orthometric height?

At the end of the day, every theoretical model of the earth’s surface is a conceptualized view of a changing, living, breathing surface. By combining the knowledge of more than a hundred countries’ unique geoid models with the high-accuracy capabilities of Eos Arrow technology, we hope to provide your organization with not only the tools to capture and use elevation data, but also the resources to understand what’s happening behind the scenes.

If you’d like to discover more about elevation data now, then you can view this introduction video by David Doyle for beginners.

Extra: How do you find “N” for the geoid?

Big thanks to Eos newsletter reader Loren A., who let us know about this terrific computational tool from NOAA. The tool helps you find your “N” value for the geoid conversion. Thanks, Loren!

Do you have comments or feedback? Email us directly or leave a comment below! We read every comment that comes in. — Eos 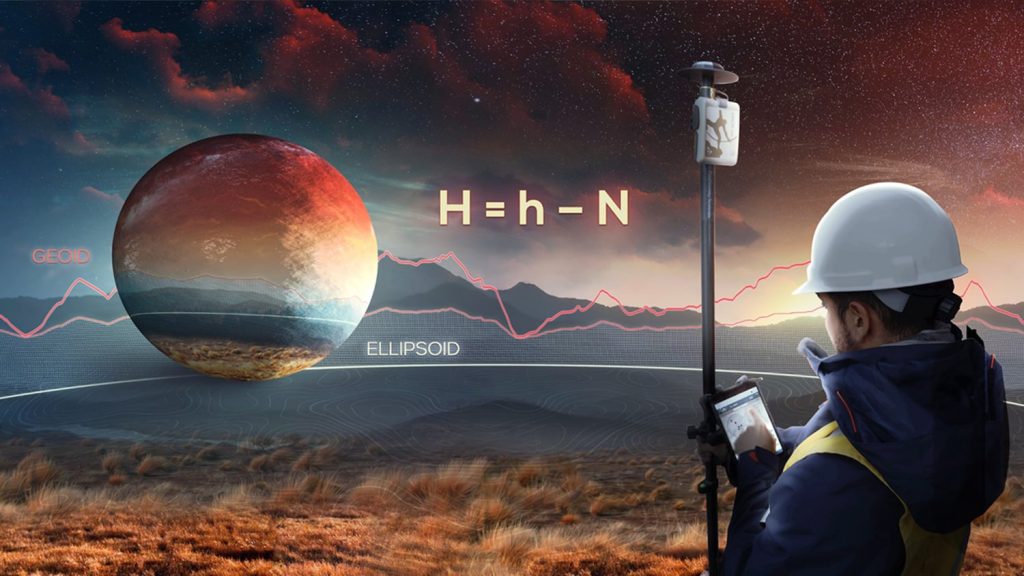 This article shows you how to set up Eos Tools Pro to collect survey-grade orthometric heights in real time with ArcGIS Collector.

Read more
Categories: Articles, GEOID Heights, Accuracy, Elevation, Orthometric Height, Agnostic/Generic
We use cookies to ensure that we give you the best experience on our website. Proceeding with use of this site indicates your consent.Ok