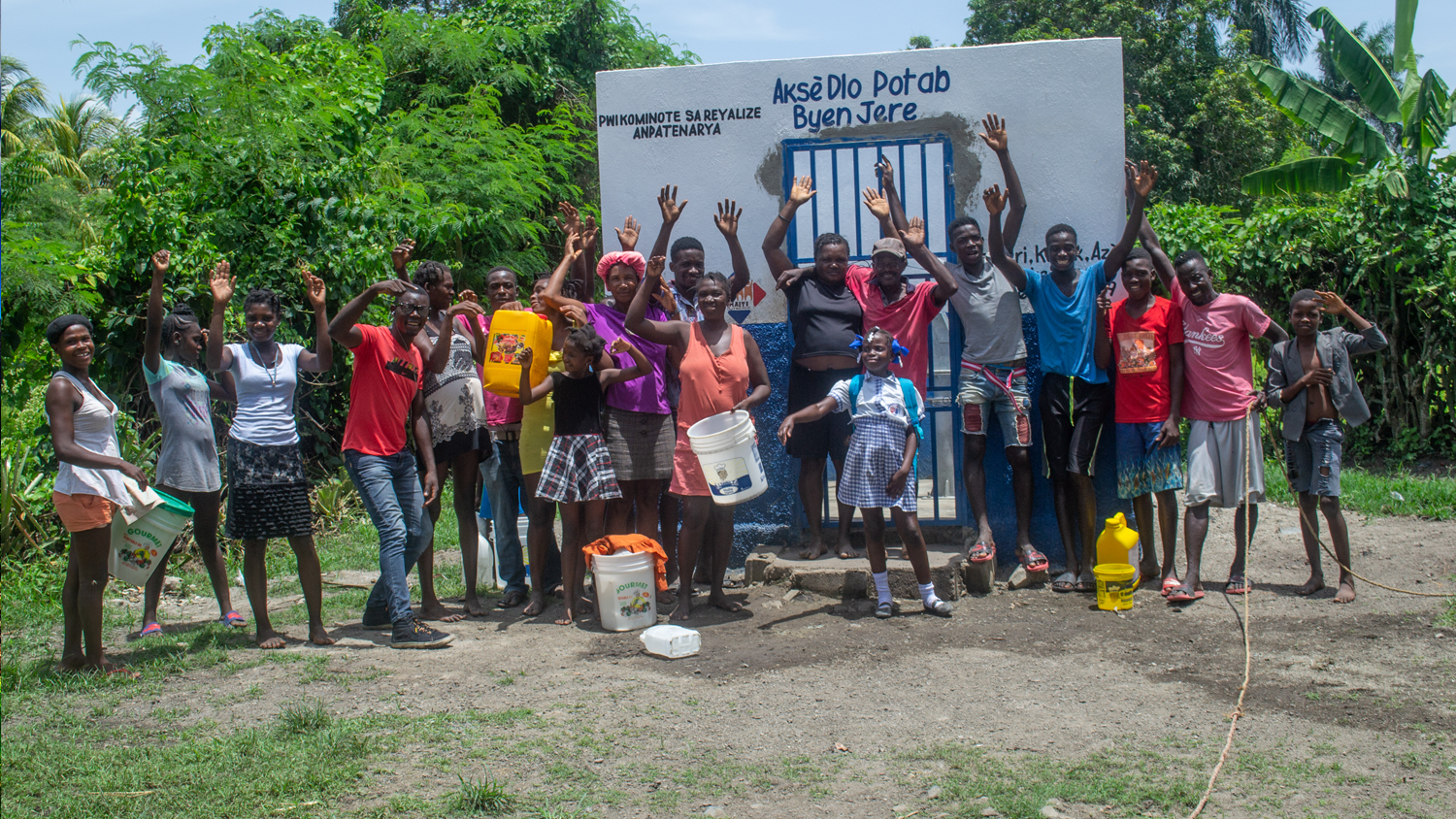 In the Western Hemisphere’s poorest nation, poverty and corruption have stifled development. But Haiti Outreach is using geospatial software and donations to ensure every household has access to clean drinking water. Their technology includes mWater, EPANET, and Arrow Gold with Atlas.

In Haiti, the Western Hemisphere’s poorest nation, 95% of unprotected springs in the Center department are contaminated with E. coli (Haiti Outreach 2016). The same study showed 48% of water infrastructure across 50 communes (systems, fountains, handpumps, etc.) is delivering water contaminated with E.coli (Haiti Outreach 2018). For 22 years, a nonprofit called Haiti Outreach has tried to increase access to clean water by drilling wells for Haitian communities. (In Haiti, these communities are called “communes”.)

“People in Haiti needed water, so we started digging wells all over the place,” Haiti Outreach Director Neil Van Dine said. “We thought that would be enough.”

But a 2005 study showed at least half of all Haitian wells were failing (i.e., broken or contaminated). According to Van Dine, a 50% success rate is on par with other non-profits performing similar work worldwide.

“The next highest I have seen is in Uganda, where they have a 70% success rate,” he said. But Haiti Outreach wanted to do better. “After all, it’s not about getting a well,” he said. “It’s about having a future where the water doesn’t make you sick.”

WATCH THE VIDEO WITH ITS TRANSCRIPT

Or scroll down to keep reading …

The Challenge: A Management Breakdown

“People in Haiti needed water, so we started digging wells all over the place. We thought that would be enough.”

According to Van Dine, Haiti Outreach changed its strategy. The organization re-focused its efforts off drilling — and onto education.

“It’s all about creating a transformation in the way we think,” Van Dine said. “Water is free, but somebody has to maintain the well, replace parts, and so on in the long term. All those things cost money.”

In Haiti, where decades of political and fiscal corruption have created widespread distrust, a per-household fee of even $0.50 USD, which is the cost to maintain a well, is hard to sell. However, as communes agreed to the fee, Haiti Outreach saw their success rate of so-called “managed wells” double.

Encouraged, Haiti Outreach asked itself a new question: How would they know if everyone in Haiti had access to clean drinking water?

“How would we know if we won the game?” Van Dine said.

“Water is free, but somebody has to maintain the well, replace parts, and so on in the long term. All those things cost money.”

First, they purchased a government dataset of all 2M Haitian households, including schools and institutions. They mapped the data in an open-access geospatial platform called mWater Portal. By choosing open-access software, Haiti Outreach ensured it could share its data with politicians, donors, residents, and anyone else.

To map water sources, Haiti Outreach sent out field crews on foot to record each spring, well, hand pump, kiosk, and other water source. On average, this work cost $25,000 USD per commune. With 145 Haitian communes to pick from, Haiti Outreach decided to its own: rural and mountainous Pignon, three hours north of Port-au-Prince.

Fifteen field workers used mWater’s mobile data-collection app, mSurveyor, on Android phones. They collected the location and status (e.g., clean, broken) of each water source. mSurveyor sent this data in real-time (via the cloud) to mWater in the office, where a trained engineer verified the data quality.

“Because of this tool, we can have one engineer in the office instead of many in the field, greatly reducing costs,” Van Dine said.

Then, using radius buffers, Haiti Outreach identified which residents fell within a reasonable daily walking distance (i.e., 500 meters) of an existing water source. They color-coded the sources to indicate if access was to a clean, contaminated, functioning, or broken source. The results were startling: 70% of Pignon’s water sources, serving a third of residents, were unusable.

“It was like, holy smokes!” Van Dine said. “Where do you even start with the magnitude of this problem?”

Haiti Outreach used the findings to develop a community action plan (CAP). The CAP prioritized cleaning contaminated sources, because this was the least expensive action, and then ranked contaminated sources by the highest number of people who would benefit from a decontamination. This resulted in a plan of action “phase one” approach to making the best use of donations available.

After cleaning and repairing, the team had two options left to reach those without water access: They could either build new sources (e.g., dig a well) or extend access from existing sources (e.g., expand a distribution network).

By running population-density overlays in mWater, it was possible to identify where there were enough households (i.e., 25) to create a revenue stream to support a new well. With 100 households, the revenue could support a new in-hone water-distribution network, known in Haiti as a “SAEP”.

“Everyone wants a sink and a toilet in their house, rather than a bucket of water on their head and a latrine,” Van Dine said. “So last year, we started to think, how could we do this, reasonably cheaply?”

“The Android phones got about 10 meters of accuracy on their own. But the Arrow Gold got us within that decimeter range.”

Most Haitian SAEPs are not efficient, due to poor design or being tapped too many times, thereby reducing pressure and flow. Haiti Outreach decided to use the open-source hydraulic-modelling software EPANET, from the U.S. government, and hired mWater to build an integration.

“We wanted a tool which didn’t require a highly trained GIS person,” Van Dine said. “We can simply export from mWater to EPANET, and use it to tell us whether the water will flow or not.”

To run the flow models, Haiti Outreach needed topographic data of the SAEPs. So once again, they sent field workers, who this time collected a point:

In order to get elevation that was accurate to within EPANET’s sub-30 centimeter tolerance, the crews used two external Arrow Gold GNSS receivers with their Androids. By pairing the Arrow Gold with Atlas, they were able to get decimeter accuracy. (Atlas® is a satellite-based differential correction service.) Under dense canopy, the field workers used an abney level to manually measure elevation.

“The Android phones got about 10 meters of accuracy on their own,” Haiti Outreach fieldwork coordinator Micki Johns said. “But the Arrow Gold with Atlas got us within that decimeter range.”

Data collected in mWater went into EPANET via the integration, to simulate water pressure and flow. Red results indicated pressure in that part of the SAEP was too low for the water to flow.

“You could tell that the only way households at the end of one SAEP could get water was if they used it at night,” Van Dine said. “But if you engineered the system a little better, you could do better.”

Through its relationship with Rotary International, Haiti Outreach secured a pledge of $472,430 to execute the Pignon CAP. The key stipulations were not only that the CAP was technologically strategic, but also that the community-funded revenue stream was secured, in order to keep the donated investment sustainable. To ensure this, Haiti Outreach worked diligently with local elected officials and the national water directorate (DINEPA) to secure transparent management of the funds.

Today, Haiti Outreach has developed numerous CAPs, and in addition to its educational outreach, it presents each CAP to the relevant mayors, administrative officials, and other politicians.

“If we had 96 percent of people with access to clean water in Haiti, we would not be talking about Haiti as a poor country.”

After cleaning, repairing, and building new water infrastructure, Haiti Outreach can finally find a solution to its massive question: How to ensure nearly everyone in Haiti has access to clean drinking water. Beyond that, Van Dine said, they face the “last mile” problem.

In economics, the last mile represents the most expensive course of action, which benefits the fewest people. Haiti’s last mile represents about 4% of its total population. However, as Van Dine points out, “If we had 96 percent of people with access to clean water in Haiti, we would not be talking about Haiti as a poor country.” Van Dine says the last mile could be solved with in-home water purifiers.

According to Van Dine, Rotary International intends to take their CAP model worldwide.

“We’re talking about Haiti, but you start to see the possibilities of this technology,” he said.

Van Dine, who personally has lived in Haiti for nearly three decades, says the most powerful stories come from parents who report fewer children are dying thanks to clean drinking water. He says this type of evolution, into serving a community with a shared resource to tackle some of the most basic challenges, is not a challenge isolated to Haiti, but rather a global one. 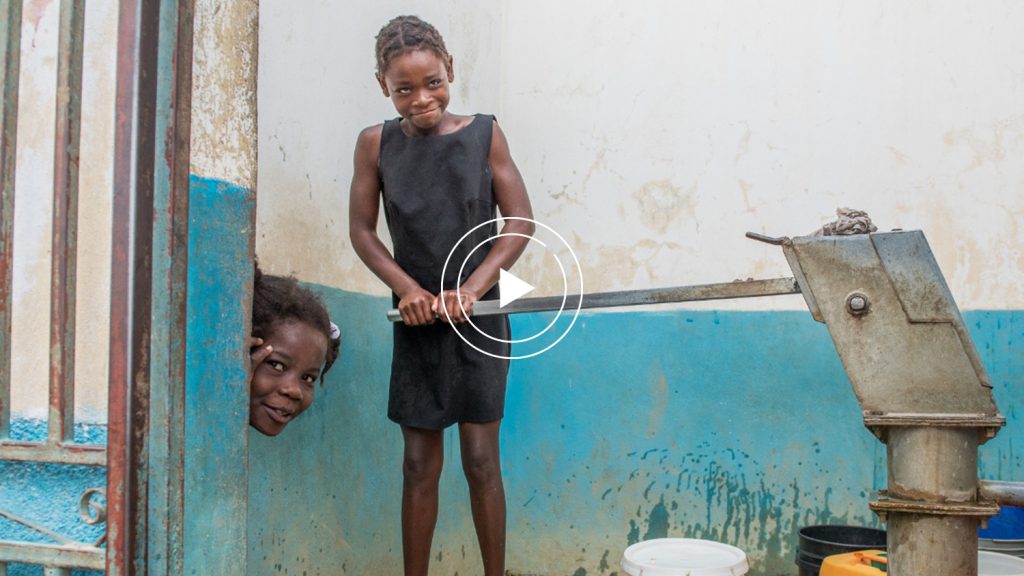 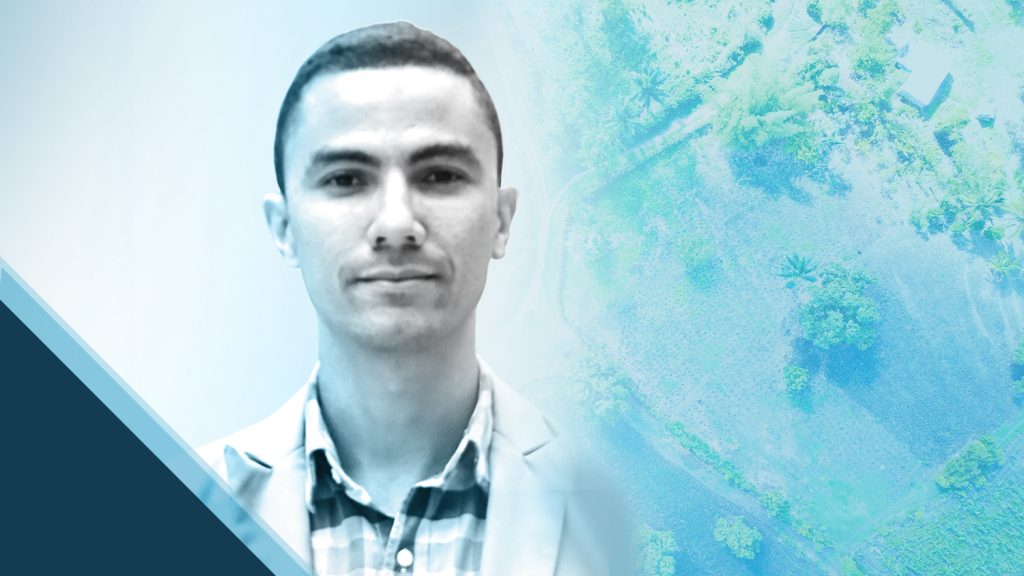