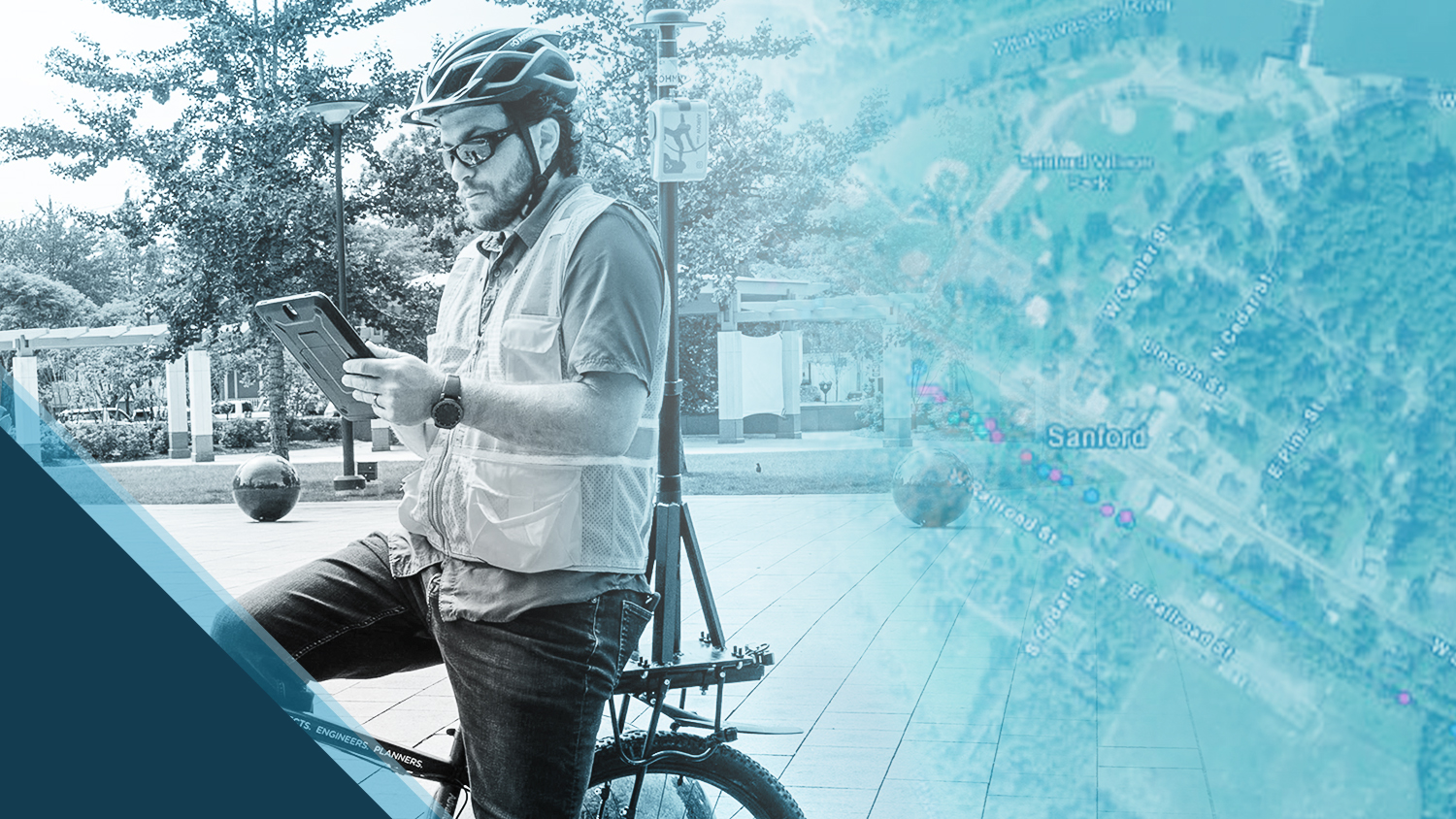 Michael Cousins, GISP, GIS Practice Leader at OHM Advisors, has been an important figure in several recent virtual GIS conferences. He has presented with Eos at both the 2020 GNSS Advancements for AEC and the 2020 MiCAMP, and has been instrumental in providing real-life examples of the creative ways our customers use Eos Arrow GNSS receivers. His expertise and passion are evident in every presentation!

Cousins uses the Eos Arrow Gold® for a wide variety of OHM Advisors’ GIS projects, including asset management, disaster-response mapping, locating underground assets with Eos Locate, and even on-the-go with the firm’s innovative Smart Bike. We asked Michael a few questions to learn more about all these innovative uses! Scroll down to learn all the details.


1. Why are you passionate about your job?

At OHM Advisors, the Community Advancement firm, I enjoy helping to advance our communities through GIS and other innovative technologies. Our clients sometimes have a problem they need solved, or other times they need a task done, such as data collection. In both cases, I enjoy looking at their existing work process and approaches, and trying to find a more effective, efficient way of performing said task.


2. How did you first find out about Eos Positioning Systems’ GNSS products?

I found out about Eos about three years ago while performing a software and hardware evaluation for our GIS group. I was seeking to find if there were better solutions that had come to market than our existing technology. The Eos Arrow Gold® stood out from the rest of the competition during my research, and I made the decision to switch from our older hardware. I couldn’t be happier with the outcome.


3. What do you use Arrow Series® GNSS receivers for?

We use the Arrow Series® receivers for a variety of applications. These include, but are not limited to, the following: as-built data collection, existing utility data collection, underground utility mapping (using Eos Locate™), disaster-response mapping, wetland delineations, ADA inspections, sidewalk and sign inventories, non-motorized trail mapping (using our OHM Smart Bike with ArcGIS QuickCapture), capturing ground control points (GCPs) for drone flights and laser scanning, coring and logging, and more. (Coring and logging refers to a process where our construction team takes road samples and uses them to see how the contractor actually laid materials. This process allows us to determine if our specifications are met and matched with what they agreed to install.)


4. Do you have a favorite experience or memory from your projects with Eos Arrow?

I have two. One was using an Arrow Gold® paired with Eos Locate™ to map out underground utilities (e.g., water, storm, sanitary, gas, electric, steam and telecom assets). Using Eos Locate™, we were able to precisely capture tight X,Y, and Z values of all these assets, which in turn allowed us to accurately update the client’s utility plans, which could be later used to improve workflows for their field staff. By having a real-time, highly accurate underground mapping solution, we were able to capture the data much more efficiently than if we had been left with only more traditional means of data capture.

Another favorite memory was while using an Arrow Gold® mounted to our OHM Advisors Smart Bike. I was performing disaster-response data collection in Midland County following a major flood that occurred in 2020. During this disaster, two dams failed. Because of the Smart Bike (a combination of Arrow Gold® and a mobile device running QuickCapture, both mounted to a bike), we were able to cover several miles of terrain in an exceptionally short amount of time. The speed at which we were able to map the damages enabled our engineers to more rapidly design and implement repairs. This hugely benefited the local residents of the community.


5. Do you have a favorite feature of Arrow GNSS receivers?

I love the Arrow Gold® receiver’s combined versatility, accuracy, and ease of use. It is super easy to train new staff on how to use this device and it is very easy to implement and deploy. 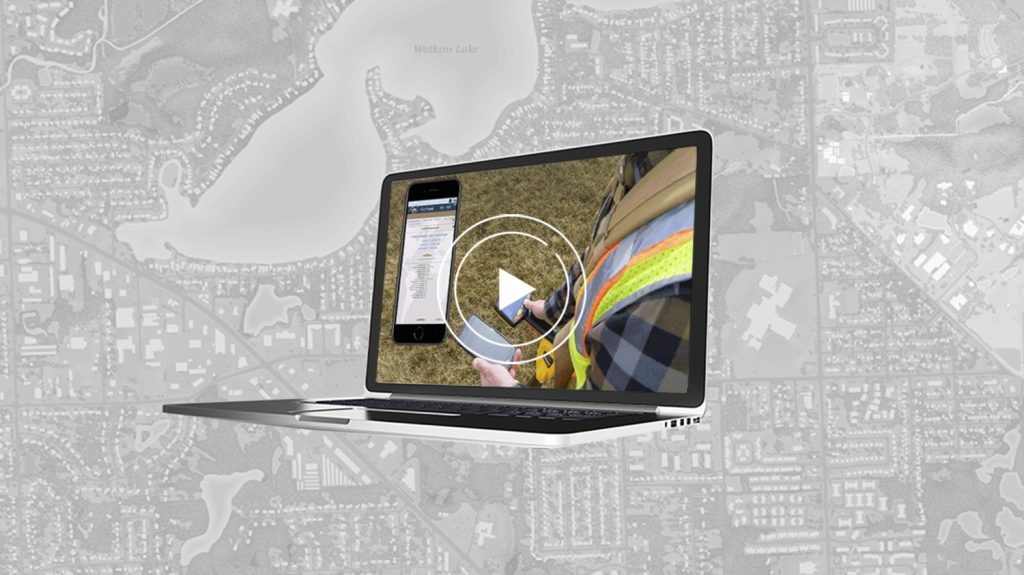 Bring Your Buried Assets to Life: Webinar with Esri Electric and OHM Advisors

In this webinar, Esri, OHM Advisors and Eos explore underground utility mapping with Eos Locate™ for ArcGIS®, including a utility case study. 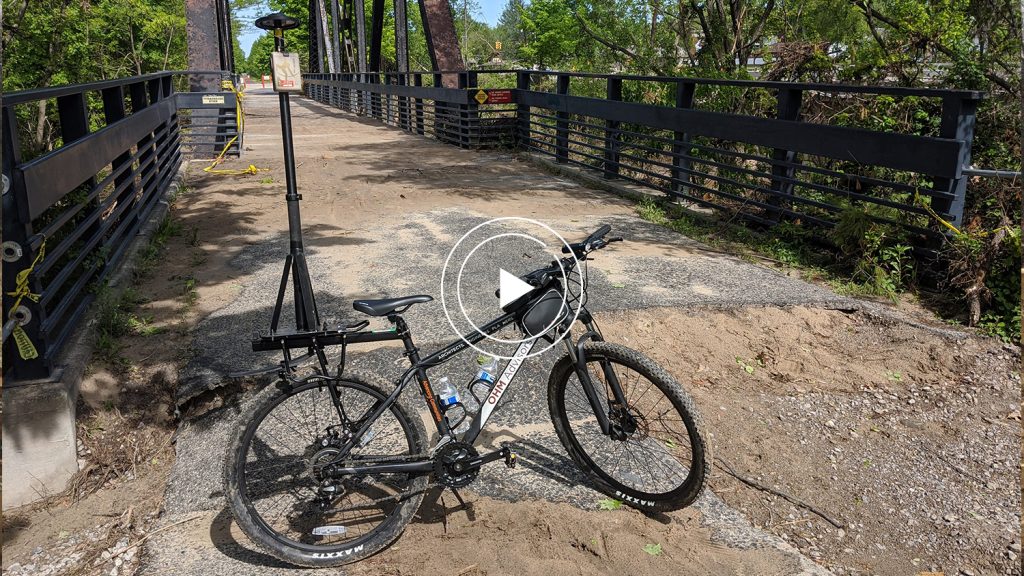