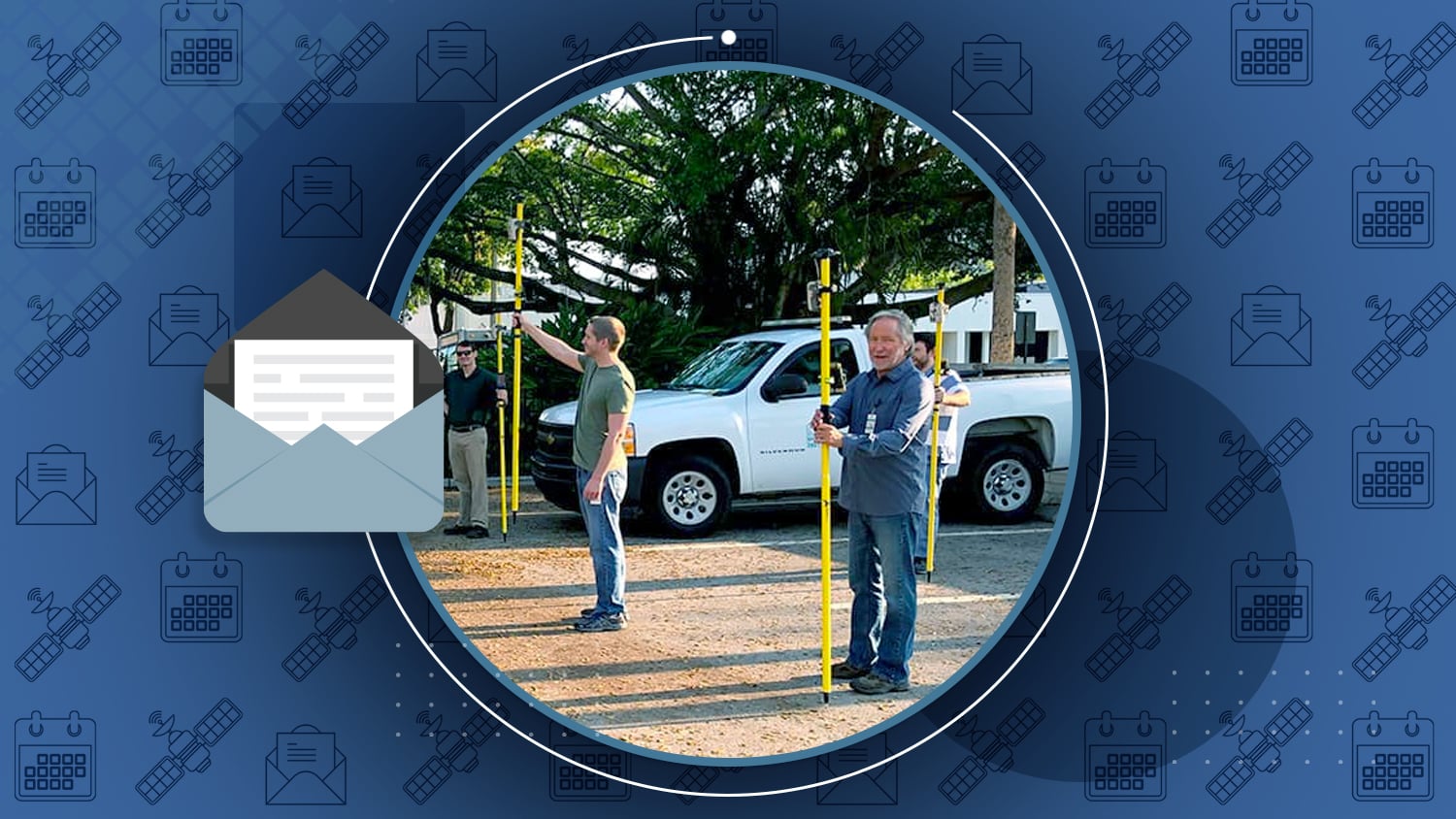 As COVID19 struck Florida, the daily workload of many city employees waned. The City of Sarasota decided to take action. They trained idle employees in GIS and took Esri Collector with Arrow 100 GNSS to the streets, collecting vital data while practicing social distancing. Learn more about how the city innovated in the face of the crisis.

Read their story of hope in the Esri Blog!

Did you know May 22 was International Day for Biological Diversity? With workflows in botany, environmental management, and more, Eos customers are using Arrow 100 receivers to support biodiversity efforts.

Read three ways they are saving the ecosystem with GNSS!

When you can’t physically stand on top of a point or when GNSS signals are obstructed, laser mapping is a great option. Learn how DDSI sped up projects by 20% on average.

“The 45th satellite of the BeiDou Navigation Satellite System — launched on May 17, 2019 — has started operation in the network after completing in-orbit tests, reports China’s Xinhua news service.”

Get all the details about both contracts.

/// Update on the Ligado Networks

Two big updates happened this past week with regard to a controversial telecommunications proposal in the United States. In case you missed it, in April, the FCC approved an order to allow the private company Ligado Networks to deploy a low-power 5G network across the United States. A major concern is the speed at which the order was passed and whether or not stakeholders had adequate time to express and address technical concerns with the proposed deployment.

On May 15, 32 U.S. senators wrote to the FCC to express their concern. Read that update here in GPS World. Then, six days later on May 21, various private-sector organizations filed seven petitions with the FCC asking that they reconsider the approval. At issue is the Ligado Networks possibly rezoning its satellite spectrum holdings to “flip” them for a profit. Read more here.

/// Featured Video: How to configure Eos Tools Pro and Collector for RTK Laser Mapping on iOS

Laser mapping on Esri Collector is great when you can’t physically stand on top of an asset to collect its location (manholes, irrigation valves, etc). Or when sky obstructions make standard high-accuracy data collection tough. Here’s a video on how to configure apps for laser GIS! Watch with transcript open here.

With COVID19 keeping everyone inside, more and more people are turning to City of Burnaby public parks and trails for a breath of fresh air. Using Eos Arrow Gold GNSS and Esri Collector, the city is keeping track of signs advising citizens on social distancing!