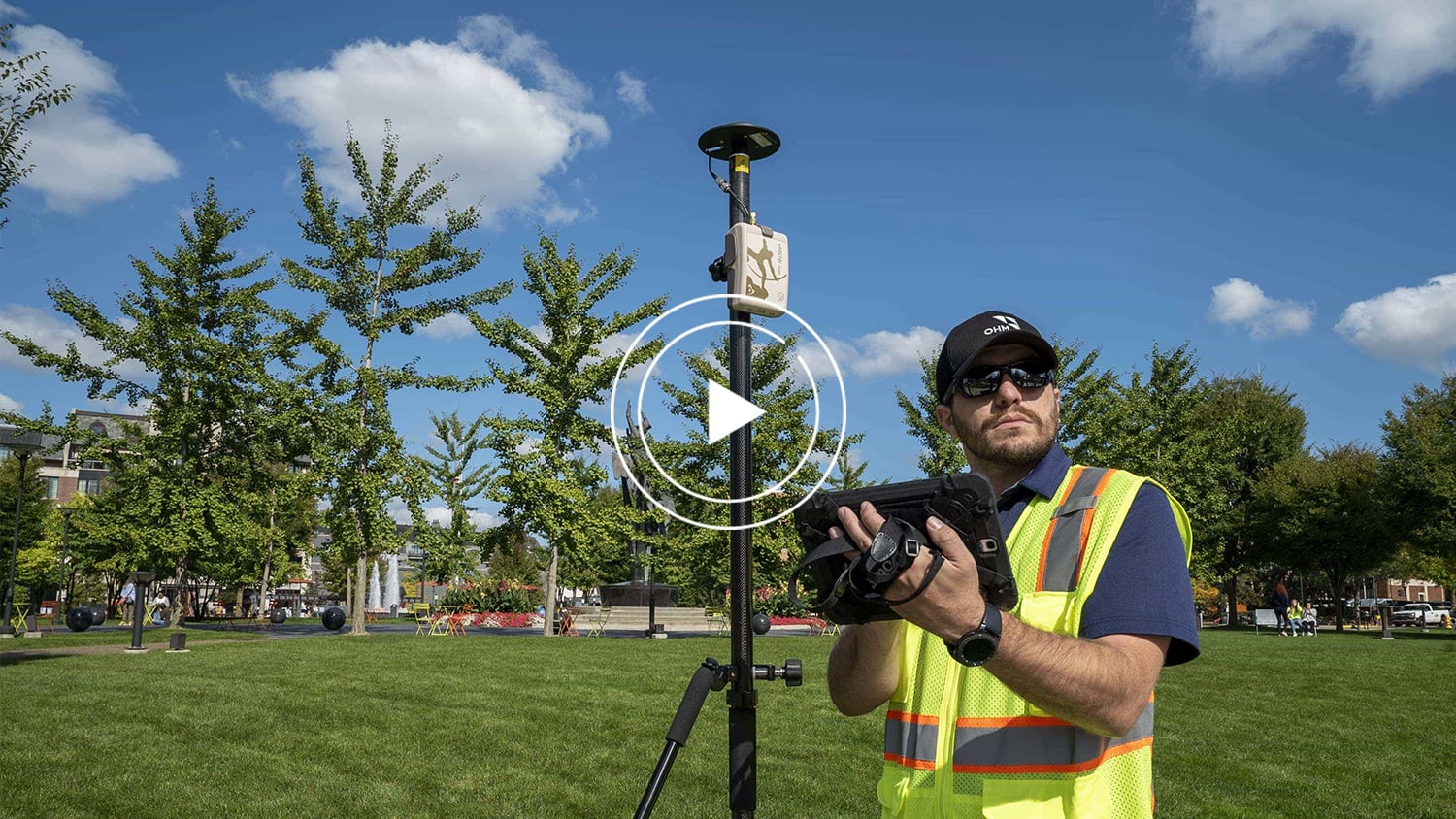 How to Evaluate Field GIS and GNSS Technology

Read below for the written transcript of the video above.

This presentation was originally given as part of the 2020 Michigan Communities Association of Mapping Professionals (MiCAMP) virtual event. Learn more about MiCAMP here.

So, quickly, OHM Advisors covers all through Michigan, Ohio, Tennessee. GIS operates in pretty much every discipline. So we need to come up with innovative solutions and figure out ways to implement GIS in the various practices that we offer. Again, I oversee all the GIS operations here at OHM and the innovative technology solutions that we offer. I went to Michigan State University, so go green!

Part of my job, though, is to again provide those innovative solutions to the clients, along with developing these solutions for internal purposes, to help increase staff efficiencies both in the field and in the office. I really enjoy technology. Here at OHM, we have to push boundaries and think outside the box, so we’re early adopters of new hardware and software. My goal today though, is to inspire you and show you that thinking outside of the box can be very beneficial to you and your company.

“Billable hours equals money spent and we had to look for other solutions.”

So from a historical perspective, when I started at OHM seven years ago, data collection was really only handled by our survey department. Our survey group is primarily a Trimble shop. They were using devices like these here and a tablet paired with other GPS like the R10, for example. But when we started to build our GIS group, we looked at options for data collection but for the GIS purpose, not necessarily a survey.

There are some shortcomings to the previous workflows I’ll get to in a minute.

This handheld and his predecessor were really the only options that stood out at the time. We purchased several of these devices for ourselves and many of our clients through the different SAW grants that we had going on early on in the beginning. We utilized AirSync and ArcPad on those devices. If you’ve ever used those applications, it’s a lot of buttons and a lot of things to click, and it gets confusing.

Billable hours equals money spent and we had to look for other solutions. As with most places, when you’re first asked to buy new expensive equipment, you usually get told that there’s no more money. I experienced that at OHM and also with several of our clients; we have these units, and you’ve got to make do with them until they break basically. This is where I had to get out my pencil sharpening up and make use of case studies for ourselves and several of our clients. Just because we had these units didn’t mean we had to use them.

Several years ago, at this time, those yellow bricks cost over $10k to get four-inch accuracy, not including the man-hours invested in the post-processing of the data. With the rapid technological advancements that are going on currently, there are now many choices of high precision GNSS / GPS receivers on the market for under 10k that can get you centimeter-level accuracy. I performed a cost-benefit analysis and looked at the following things:

Be water – Evaluate your resources annually

“Each year come budget time, you should be performing an evaluation on your hardware, your software and your staff.”

So it’s not a waste completely but with technology ever-changing, I like to follow one of great Bruce Lee’s famous quotes, “be water.” Each year come budget time, you should be performing an evaluation on your hardware, your software and your staff. You should be asking yourself these questions:

You have to keep up with technology in our industry, and your staff must be informed on the newest tools out there — or else you’ll get surpassed by competition really quickly. That’s why you have to be water.

2020 has shown us the need for being innovative with resources

Like Tony Stark is saying here [on my screen], most of the world is unfortunately shutting down and many of us are working from home. With the current situation, those of us that are fortunate enough to still be working need to be extra sharp on spending and come up with new innovative ways of operating. Many of our clients are tightening their budgets and cutting projects. In order to continue to land some of these jobs, you have to find solutions that work for everyone.

Another way of accomplishing this is to find solutions that improve your efficiencies from the field and office. Keeping client staff busy when working is very important to a lot of agencies, and we’ve been trying to find ways of doing that by having them go out and do field data collection, GPS structures, signs, meteors — whatever it might be.

This is a prime opportunity to present them with a new GNSS GPS solution that makes sense for them, long term. It helps them to perform collection once with confidence — and never have to do it again.

Also, talk to them about asset management and how it’s very important to start tracking work performed on various assets. All those can be done through GIS or CMS software solution.

How I personally evaluate our field technology

So like I mentioned earlier, every year about this time of year, I do my own evaluation of various vendors for both hardware and software. Although it’s nice to just go back and be a repeat customer with the same vendor due to the discounts that they might offer: You still got to do your research, especially with how rapidly technology changes. You won’t know if there’s a better solution that exists unless you look.

When you find a new solution, make sure you demo it yourself; get that first-hand experience and see how it works for you and your organization. Go out there, collect some points, show some field staff that might be using it, collect the points go back to the office, download and look at the data and see how much time it saves you. When I did this three or four years ago, it changed everything that we do.

Today, we’re much more technologically advanced and are using new solutions each year regardless of the Vendor. This has allowed us to stand out from our competition and again land the jobs that we were fighting so hard for back then. I’m going to show you what we’re currently using.

Field software we currently use

We’ve tried multiple data collection software over the years, but as you guys know, ArcGIS Online has really set itself out, it has done a great job creating out-of-the-box solutions that really meet all of our industries. We have a full enterprise deployment now with ArcGIS Online, and this allows us to click on any apps on that dash that we’re all used to: Collector, Survey123, and QuickCapture (which we just started using). QuickCapture in particular is awesome for certain applications, the workforce, and among others.

With ArcGIS software, we can create slick operations dashboards behind the scenes that allow you to manage and oversee your data. By having it all connected to the cloud, this allowed for increased efficiencies in the data collection process. A lot of our data feeds directly from our GIS into AutoCAD Civil 3D for engineers and staff to work on as well. So deploying solutions like this is super easy for our clients and we work directly with them to create these custom solutions.

Hardware we use in the field

From a hardware perspective: From the field data collection side, we’ve demoed and tested a lot of GPS units over the past years. I have several of them sitting on my desk. The unit that went out so far for the last couple of years is really the Eos Arrow Series®, and we operate several dozen of them.

The Arrow Gold® receiver, which is the centimeter unit, is used across our 16 offices and serves for pretty much every application you can think of. With the advancements in mobile GIS apps like Collector, we’re able to acquire centimeter-level horizontal and vertical accuracy, usually within a minute. Connect the device to either a Galaxy Tab S6 or an S7, or an iPad® with LTE built in. This allows us to connect to the core stations and collect live real-time data back into our enterprise.

“We’ve even developed a little one-sheet troubleshoot guide for the field staff and clients and although there’s not much that goes wrong with these units, to be honest.”

Training new staff is a breeze, it’s literally a simple few button clicks operation and you’re up and running. We’ve even developed a little one-sheet troubleshoot guide for the field staff and clients and although there’s not much that goes wrong with these units, to be honest. What I love about this is that we have used these Arrow Gold units for a variety of projects, which I’ll show you in a minute, but we’ve connected them traditionally with a rod bipod but also attached it to our OHM “Smart Bike” for trial assessments or a vehicle for tracking a backpack mount for wetland delineations and connected it to the new Eos Locate™ system for underground locating — this last one has really got me excited.

As you can see here, there’s a lot of things you can do to map things out differently, and I hope that I’ve inspired a few of you to see how you can use high precision GNSS GPS to effectively and efficiently map your spaces out. Again, be water with technology. 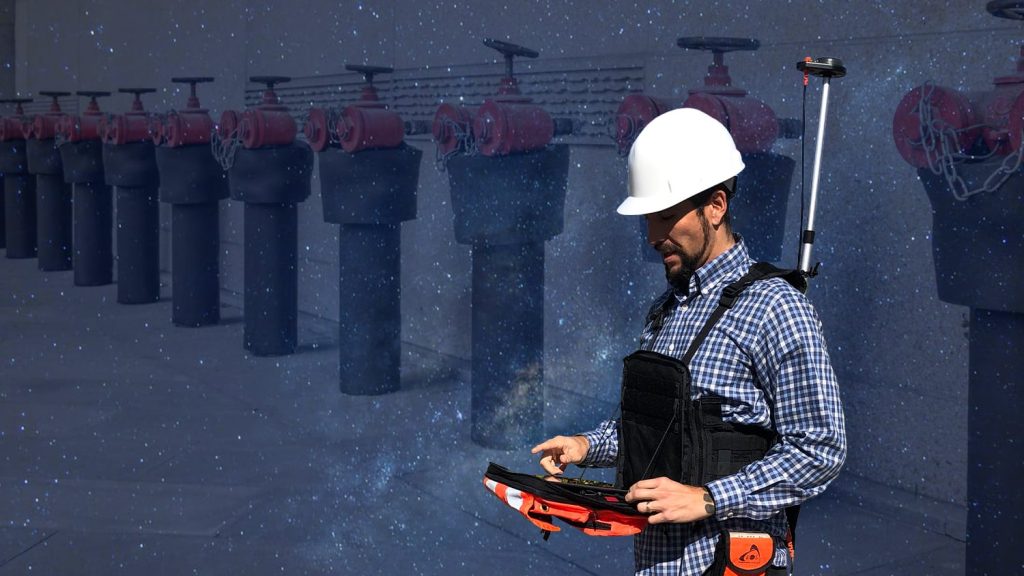 High-accuracy data collection has come a long way since the USA launched the first GNSS constellation, GPS, in the 1970s. Today, all you need to get started with submeter or centimeter data collection is a smart device, a collection app, and a GNSS receiver that works with both. 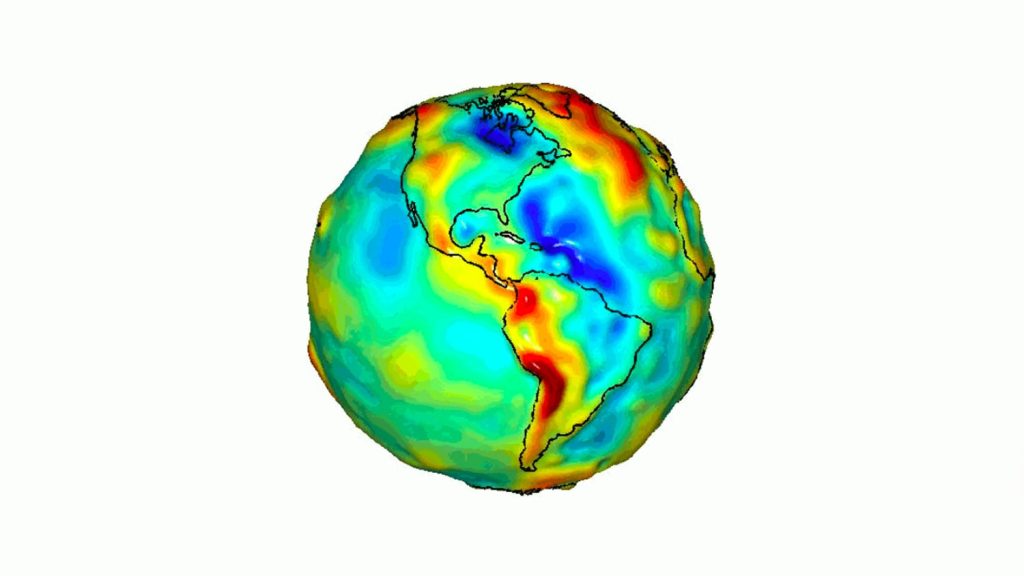 What is the difference between the ellipsoid, mean sea level, geoid, geoid height, and orthometric height? Here’s everything to know about elevation.