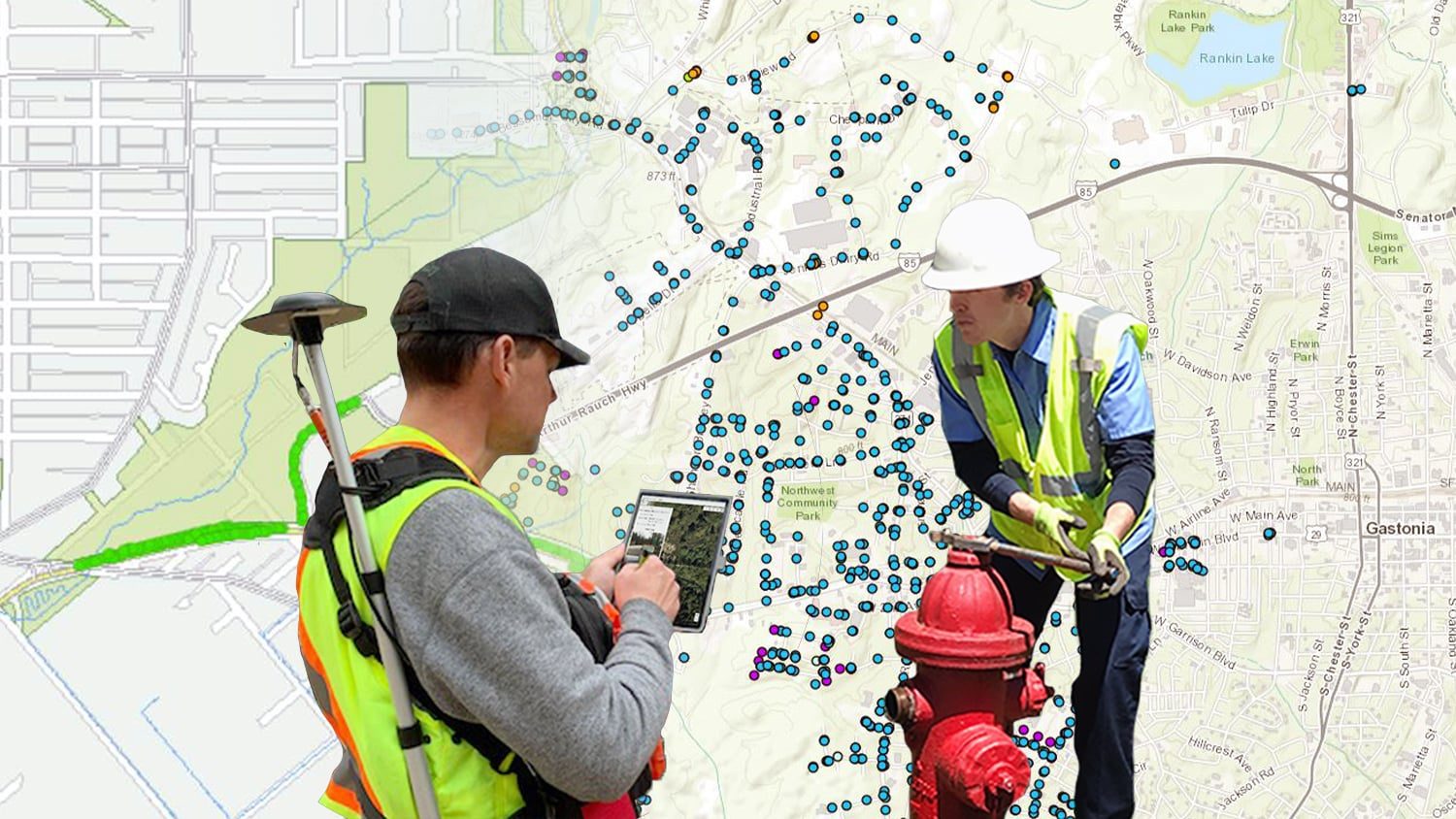 Among the most frequent use cases for SBAS corrections are municipal crews in cities, counties, states, and other local governments benefiting from real-time, submeter GPS accuracy in their daily fieldwork.

Below are five of our favorite examples of municipalities improving their communities through the strategic deployment of submeter GPS workflows using SBAS corrections.

Like most cities, the City of Sarasota, Florida, shut down as the COVID-19 pandemic spread across the world. As a result, the daily workload of several municipal employees waned. Seeing this as an opportunity rather than a challenge, the city’s GIS team received support from management to train several idled employees in high-accuracy GPS data collection.

Sarasota dusted off a box of iPhones to pair with 14 Arrow 100® submeter GNSS receivers. They performed socially distanced mobile-work training in the City Hall parking lot. Using submeter corrections from the North American SBAS (WAAS), city employees who had never used GIS before were able to capture an extremely accurate — and highly desired — inventory of Sarasota’s street lamps and urban forestry in ArcGIS Collector.

Enforcing a warranty period on anything can be challenging. Having air-tight documentation can help.

At the Halifax Regional Municipality (HRM) in the Canadian province of Nova Scotia, third-party contractors are entrusted with planting the municipality’s luscious public trees. Like any living creature, these trees are susceptible to illness and other ailments that can cause them to die. Within the first two years of being planted, any tree mortality due to natural causes is covered under the parties’ warranty agreement.

In recent years, HRM enlisted the help of local students from Dalhousie University to create a complete and accurate inventory of every tree planted. Not only did the students inventory each of the 1,000+ trees planted annually with submeter accuracy using SBAS corrections to Arrow 100®
GNSS receivers, but they also revisited each tree under warranty to track its survivorship. Having high accuracy GPS under light canopy provided them certainty of each tree’s identity.

With a price tag of $400 per tree replacement, HRM estimates it has so far saved at least $270,000 through this project by identifying trees eligible for replacement under the warranty agreement.

Explore the students’ incredible work for this municipal region >

The City of Montreal (Ville de Montreal) in Quebec is well-known for its rich treescape that makes this city an urban oasis. But in 2011, the oasis was infiltrated by the emerald ash borer, an invasive species from Asia. Almost overnight, the city’s 200,000 ash trees were at risk of sickness and ultimately mortality from this beetle. Using tools on hand — like paper, handwritten field notes, and consumer-grade GPS — the city attempted to inventory and treat its entire system of ash trees.

Very quickly, they realized they needed both higher accuracy — to distinguish one tree from another and track infestation and health status — and a digital means of data collection.

Montreal staff swapped its manual data-capture tools for a real-time web map shared through ArcGIS Collector on iPads. By connecting their iPads to Arrow 100®
GNSS receivers, they were able to increase accuracy to the submeter level, thanks to real-time SBAS corrections. The robust inventory that resulted is specifically credited with helping the city to better mitigate the emerald ash borer’s dominance. While the beetle cannot be fully eradicated, the digital inventory and reliable repeat visits to each ash tree have enabled the city to increase pesticide treatment by 6,300% annually. This means at least 30,000 trees per year are treated with a safe pesticide that slows mortality, while Montreal can continue to execute a long-term reforestation program. Total reforestation of all the ash trees is expected to take several decades.

During the COVID-19 pandemic, residents of the City of Burnaby near Vancouver flocked to the municipality’s well-kept public trails and parks. With foot traffic increasing, the city rushed to put up signs promoting social distancing and other pandemic-mitigation messages.

In an effort to keep track of which parks and trails had had signs installed, and to ensure all the signs could be taken down once the pandemic ended, Burnaby’s GIS team deployed a simple yet effective web map. Two crew members using ArcGIS Collector on iPads were able to collect the full inventory of COVID-19 signs as they were installed. The Arrow 100®
GNSS receivers they used provided submeter accuracy from real-time SBAS corrections, ensuring that accuracy remained reliable enough even when they were surrounded by the foliage of British Columbia’s outdoors. An ArcGIS dashboard back in the office allowed municipal staff to monitor the progress of sign installation citywide.

In the City of Gastonia, North Carolina, there had always been a desire to deploy a new valve-exercising program. The ultimate goal was to modernize the city’s GIS records so that the team could take full advantage of new network-tracing tools available in Esri’s ArcGIS Pro. But this type of tracing tool would be valuable only if the city had a good set of data to run it on.

Hence the need to replace outdated and incomplete paper records with an accurate map of all water valves.

When Gastonia purchased its new valve-exercising equipment, an internal champion seized the opportunity to deploy a full-scale inventory of all the city’s water valves. As each valve was exercised, a crew member, specifically tasked with mapping, recorded the asset digitally. After testing a variety of workflows, he ultimately found the greatest efficiency and accuracy by using ArcGIS Collector, an Arrow 100®
with SBAS corrections, and an iPad.

Not only was the team able to map each valve with submeter accuracy, but they were also able for the first time to capture hundreds of valves not previously recorded in legacy records.

See how the City of Gastonia revamped its water-network maps > 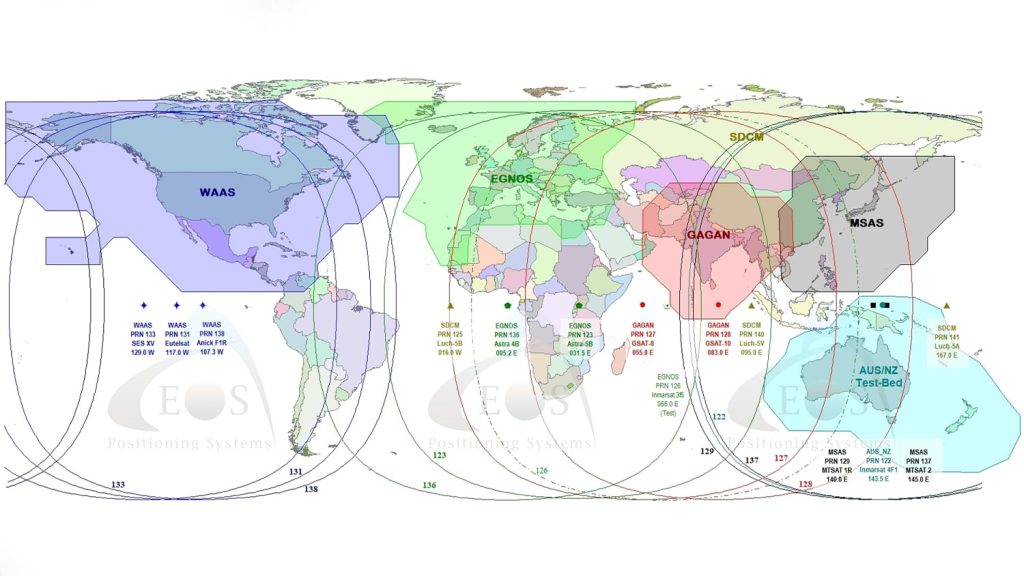 What Is SBAS Differential Correction Service … and How Reliable Is It?

What is SBAS? In this article, discover how to get real-time submeter differential corrections for free, and where it’s possible. 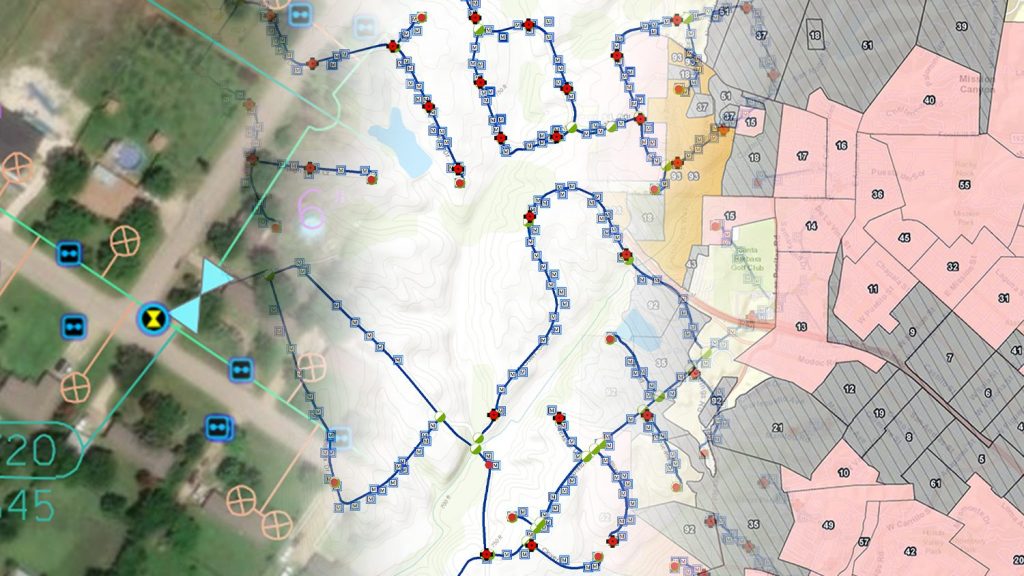